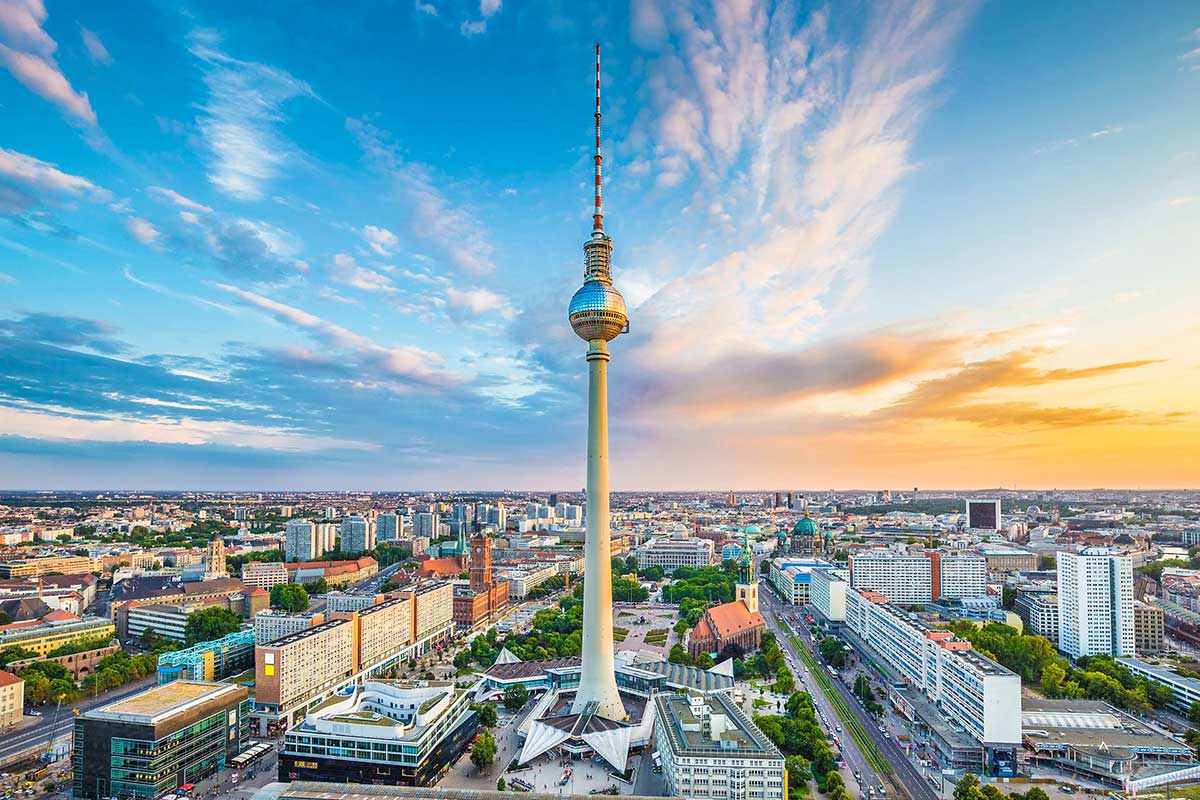 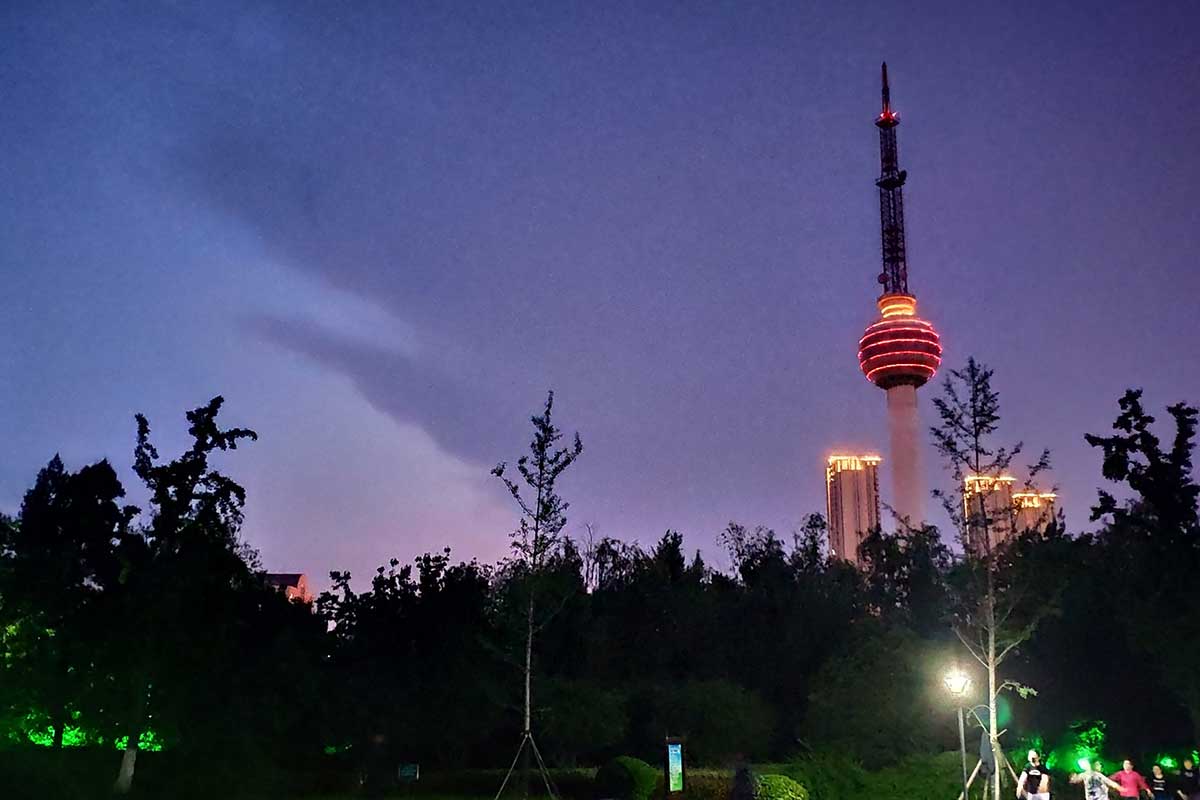 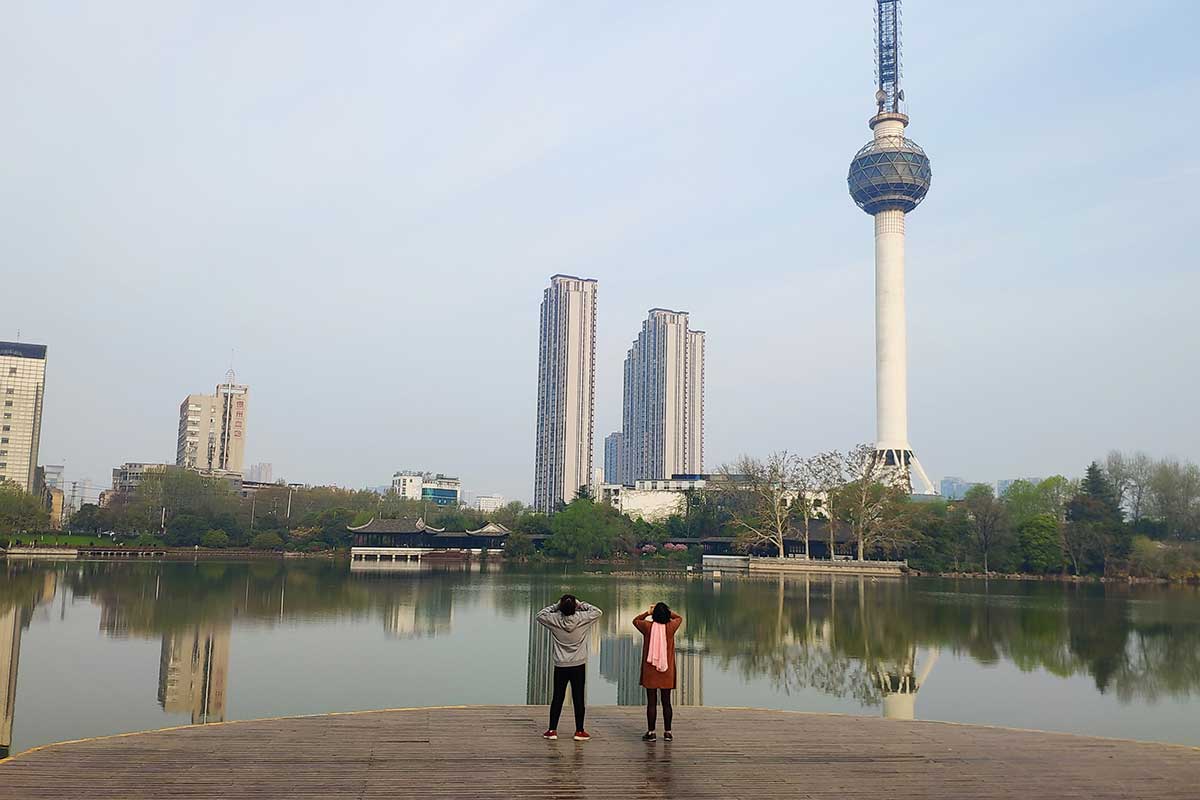 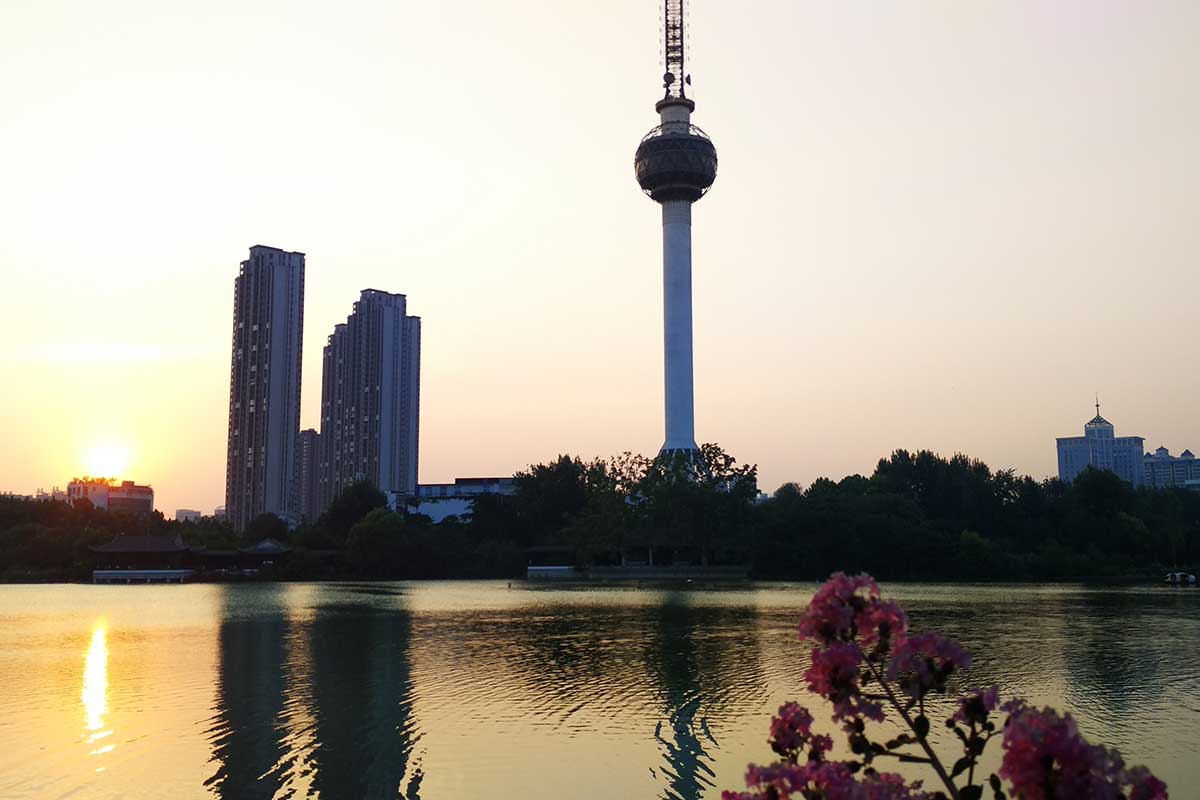 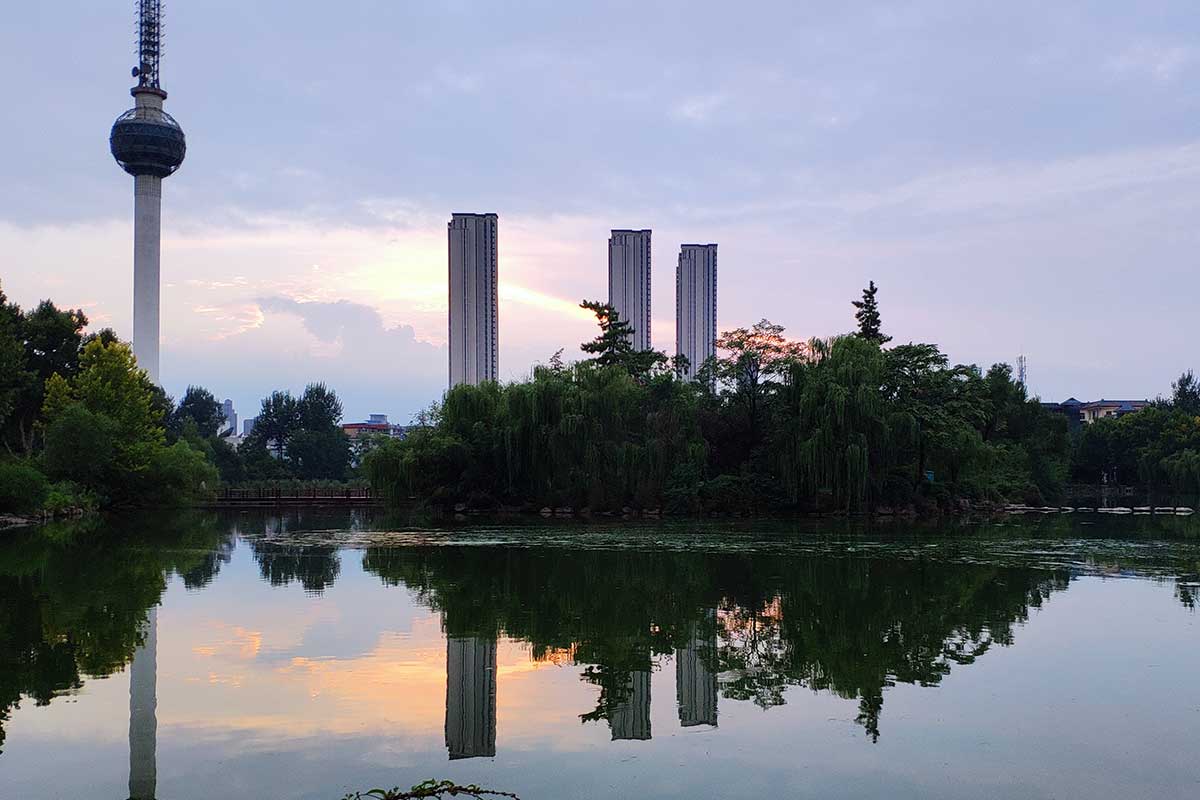 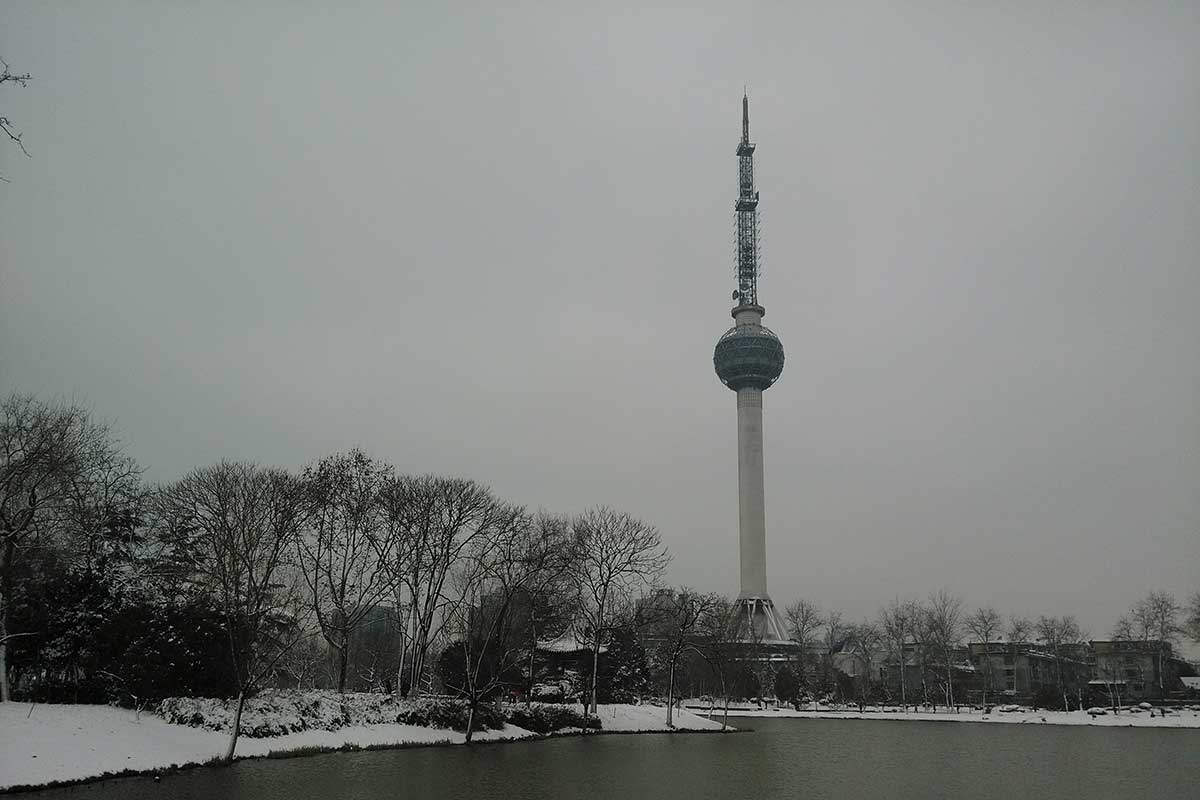 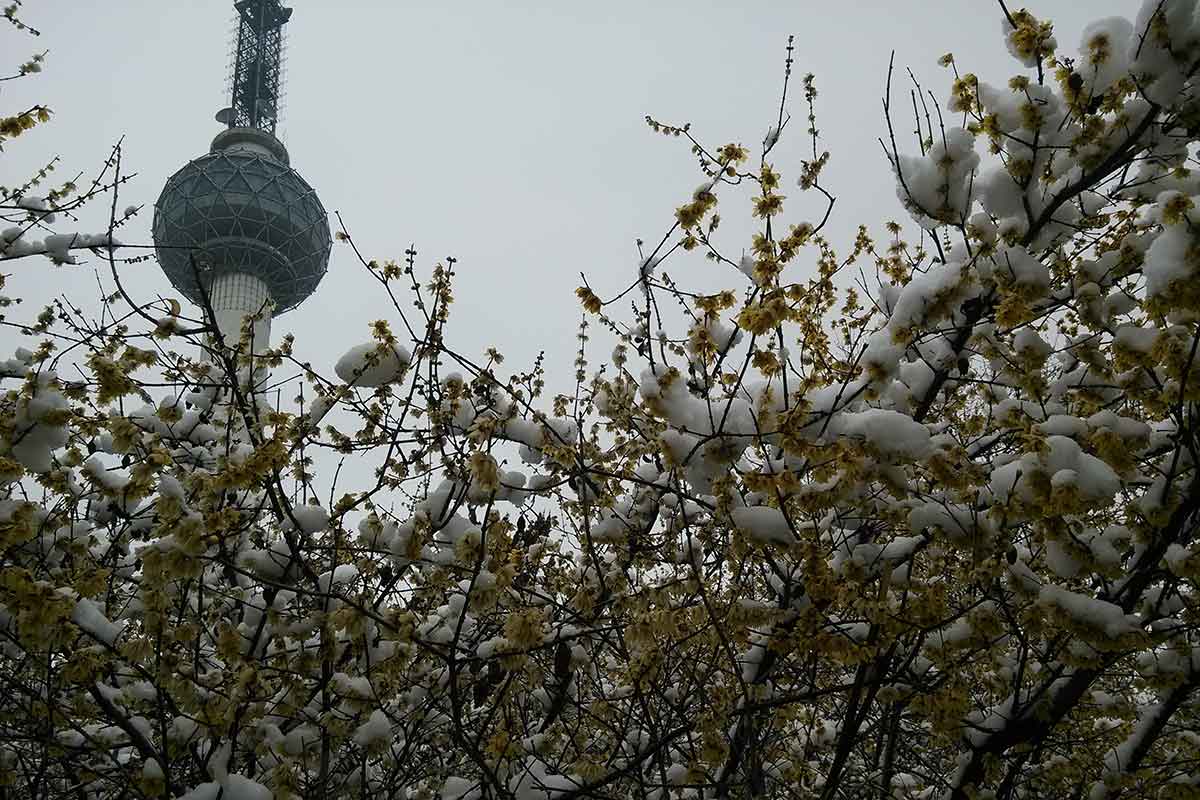 Xuzhou TV Tower is a landmark building in Xuzhou.

Xuzhou TV Tower, built in 1990, is located on the west side of Yunlong Park. The single-layer joint ball shell space frame with a diameter of 21m is adopted, and the construction and installation method of ground assembly and the overall lifting to the design elevation of 199m is adopted. The tower is 200 meters high. Its lighting adopts advanced LED technology, which can change any program and color through light-emitting diodes.

On January 15, 1988, the foundation stone was laid for the  project. In 1992,on the National Day , this Tower project was fully completed and accepted and officially put into use. At that time, the lighting of the TV tower was also a scene in Xuzhou. Thousands of people came to watch it near the TV tower every night, and the scene was very popular.

Advanced structure for the tower

Due to the early construction of this project and advanced technology, it has also been used for reference by other cities in China in the construction of TV towers. The Shanghai Oriental Pearl TV Tower completed in 1994, has borrowed a lot from the engineering technology of the Xuzhou TV Tower. Therefore, it is also called the original version of the Shanghai Oriental Pearl TV Tower.

the star in the night

The lighting of the entire tower is divided into three parts. They are the launch tower, the space frame ball, and the bottom platform. It is composed of 1,500 light-emitting tubes. Its biggest feature is green environmental protection and energy saving. It overcomes the weakness of traditional gas discharge lamps that consume large amounts of electricity. At the same time, the advanced LED light-emitting tube makes the color richer and more beautiful.